Bhaktapur is the smallest city of Nepal locally known as Khwopa. It lies in the east corner of the Kathmandu valley about 13kmf far from the city. Bhaktapur has a huge value of historic and cultural norms. Bhaktapur was also known as a Bhadgaun in ancient times. Bhaktapur was the capital city until the 15th century, founded by king Ananda deva in the 12th century.

The Malla era was a golden one for Bhaktapur as it was during their reign that art and architecture flourished in Bhaktapur. After its annexation, Bhaktapur lost most of its importance with a halt in the development of arts and Bhaktapur remained isolated from the new capital city of Kathmandu and Patan allowing it to remain a homogeneous Newari city.

The first point you landed in Nepal is TRIBHUVAN INTERNATIONAL AIRPORT  located in the Kathmandu district. Kathmandu has been the capital city of Nepal since the 15th century whereas Bhaktapur was known as the capital city before. Kathmandu is a valley surrounded by hills so the climate is neither too hot nor too cold. This city is heaven in terms of climate. Until the 1960s, the Kathmandu valley was known as Nepali Valley or Napa Valley. Kathmandu is known as one of the world's oldest capitals, Kathmandu Valley has 7 UNESCO sites on the heritage list. These 7 sites boast cultural and historical monuments that represent various eras and regimes.

Kathmandu is a place for its contribution to art, sculpture, architecture, culture, literature, music, industry, trade, agriculture, and cuisine and left its mark on the art of central Asia. The word Kathmandu is derived from the Sanskrit name KASTHAMANDAP “ WOODEN SHELTER”. Kasthamandap temple is a structure in the durbar square built-in 1956 by KING LAKSHMI NARSING MALLA. Here in Kathmandu, you encountered the different patterns of temples i.e Pagoda, Shikhara, Chaitya, and other styles too. The valley's trademark is the multiple-roofed pagoda which may have originated in this area and spread to other Asian countries. Hence Kathmandu is known as the city of temples.

Newars are the indigenous inhabitants and the creator of the historic civilization of the valley. Their language is today known as Nepal Bhasa. They are highly rich in culture, values, tradition, and norms. The most famous artist who influenced stylistic developments in China and Tibet was Arniko, a person from the Newar community who traveled to the court of Kublai Khan in the 13th century AD. he is known for building the white stupa at the Mailing Temple in Beijing.

In recent phases, Kathmandu valley has had a high migration rate for a better life due to its high level of culture and economic development. Even with urbanization taking place, the Newars have sustained their culture in Kathmandu valley. Kathmandu valley was also known as Kantipur in ancient times. If you want to explore the beauty of Kathmandu valley, a day tour in Kathmandu would be the best option for you. For more details regarding the day tours in Nepal, contact us anytime. 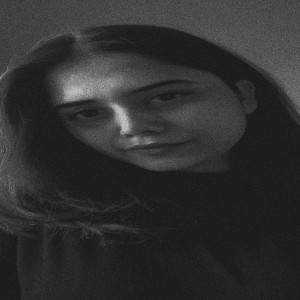 Sneha has been working in the travel industry for more than three years. While working closely with active climbers and mountaineers, she has been able to collect and write very informative articles. With multiple years of experience, she intends to offer reliable information to travellers from all around the globe.